Ready Set Debate virtual debate tournaments offer the experience of a formal interscholastic debate tournament, but compressed into a single day. Debaters compete in at least three preliminary (“prelim”) debates, and based on their performance in these debates, some are selected to move on to the elimination (“elim”) debates. The tournament champion, finalist, first speaker, second speaker, and third speaker all receive awards, which are mailed after the event. 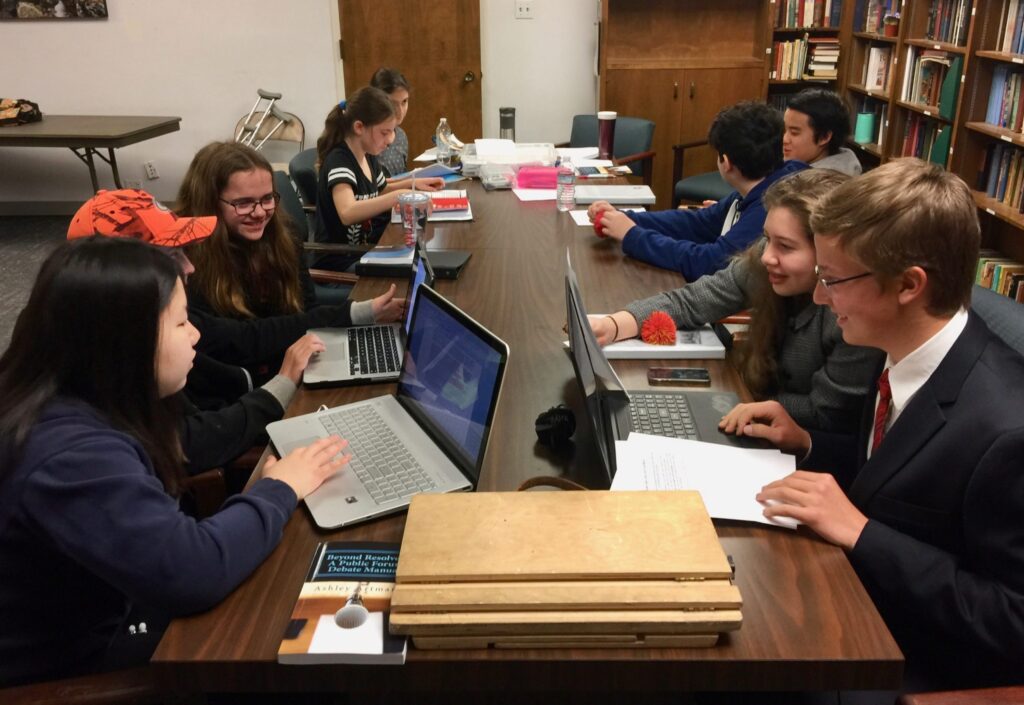 Debaters may compete solo or in teams of two. Students aged 12-18 with experience in Ready Set Debate or in other debate formats are eligible to register. Younger students will be considered on a case-by-case basis; please contact price@readysetdebate.com for more information.

Each team must bring their own volunteer judge (available to judge up to two debates) or pay for a judging waiver (see “registration” section). Volunteer judges do not need to have special expertise in debate, but they must be fluent in English and be a high school graduate or beyond. For finding volunteer judges, we suggest a parent or other adult family member or family friend. 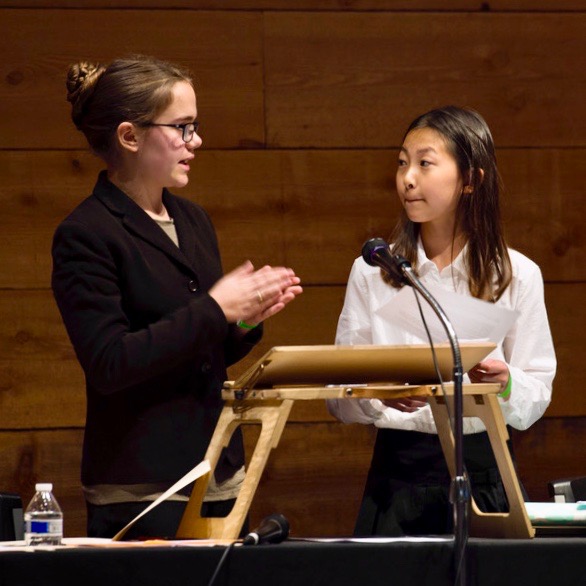 The registration fee for the tournament is $35.00 USD per debater, payable at the button.

If you are attending a Ready Set Debate tournament and not bringing a volunteer judge, you must purchase a judging waiver. Judging waivers are $35.00 USD for solo debaters (payable here) and $17.50 for debaters who are competing as a member of a two-person team (payable here).

How are tournament resolutions decided?

What if I need to forfeit?

In the event that no members from a given team show up for a round, that team will be considered to have forfeited the round after 15 minutes. Forfeits are not eligible for refunds.

I’m a member of a Ready Set Debate club. Do I have to debate at the tournament?

Our tournaments are all optional, but it’s fun to test your skills against members from other clubs. As a debater, tournaments are an important activity that should be experienced at least once!

I want to debate as part of a two-person team. Who will my partner be?

You can arrange with another member of your club to be partners, or ask for assistance from your coaches in finding a partner. If you do request our teaming assistance, please list all members you would willing to partner with.

How do I (or my team) register?

Once you know which specific partner you are debating with, or if you know that you will be debating solo, visit the “registration” section of this page to make your payment. Typically, partners register and pay separately and email their coach to notify them about their partnering plans.

Will I debate against teammates from my club?

Is there a deadline to register?

How should I ask someone to be a volunteer judge?

Hopefully it’s as simple as, “I need to provide a judge for my next debate tournament on Saturday, April 10th. Would you be willing to consider being the judge I provide? The judges don’t need to have any prior experience with academic debate, and everything is explained in the judge’s orientation packet you’ll get. You wouldn’t actually judge any of my debates. You would be judging other students – one or two debates total. You can choose any two 1-hour time slots between 9am and 4pm Central. The debates are only about 35 minutes. The extra time is so you can complete a ballot with your decision of the winner.”

What if I can’t find a volunteer judge?

How should I submit the information about my volunteer judge?

Email your coach with your volunteer judge’s contact information.

What if my volunteer judge doesn’t show up at the tournament?

If your volunteer judge does not show up, you will be charged the judging waiver fee plus a $25 penalty.

What happens if I have connection issues?

It is recommended that you arrange for a high-quality connection for the event. If you have difficulty with your video connection, consider moving closer to your router, or connecting to it directly. We have also seen excellent success with Powerline Networking Adapters, which transmit your router signal through your home wiring right to your power outlet. It can be a good idea, if your connection is a problem, to also use the phone-connection option when signing in.

If you are on a two-person team, be sure you have all of the debating material from your partner in a shared document, in case one member has connection issues and you need to take over for them.

How will we manage partner communication if we can’t use Zoom breakout rooms for prep time?

You should set up a phone connection and shared document with your partner for communication during your debates.

Can debaters watch other teams debate?

You may not personally watch a debate team that you may face in a future round. However, members from your own club can share their experiences with you, of the teams they debate. Spectators, like friends and family, can also watch and give you their observations.

Can I just watch the debates, instead of participating?

Club members who are not participating in the tournament are free to watch at no cost.

Can outside people (like family and friends) watch the debates?

Yes. We ask that spectators keep their cameras off and remain muted, except in special circumstances (see next question). They should rename themselves to something like “Kevin Johnson’s spectator” so we know to move them to where Kevin Johnson is debating. Unidentified spectators may be removed from the meeting.

Will all of the debates be recorded?

It is unlikely that we will record every debate. We will endeavor to record all of the debates in the main rooms, but not in the breakout rooms, where some of the debates will occur. Also, see next question.

Can the debaters or spectators video record the debates?

Yes. At the tournament, debaters and identified spectators may request of the meeting host, before a debate begins, that they be allowed to video record a debate. Sometimes, the host is busy and may not see chat messages. It is recommended that an audible request be made before the debate begins.

Will the judges decide the wins immediately?

Results from the preliminary rounds will be released after all of these rounds are finished and tabulated. For elimination rounds, results will be posted as soon as available. Judges’ ballots will be provided to debaters after the event.

Will the judges give me feedback?

After each debate, the judge completes a written ballot that indicates the winner and assigns speaker points to individual debaters. Commonly, the judge(s) will include written feedback for the debaters about their decision. The level of detail in written feedback often varies between judges.